“Canadians cherish nature: It is fundamental to our identity. In communities across the country, Canadians are stepping up to ensure the places they love are protected for future generations. Since 2015, we have worked toward doubling Canada’s protected nature. We’re investing in effective and practical projects that protect and recover species at risk to ensure their survival and make sure our children and grandchildren can experience their wonder.” 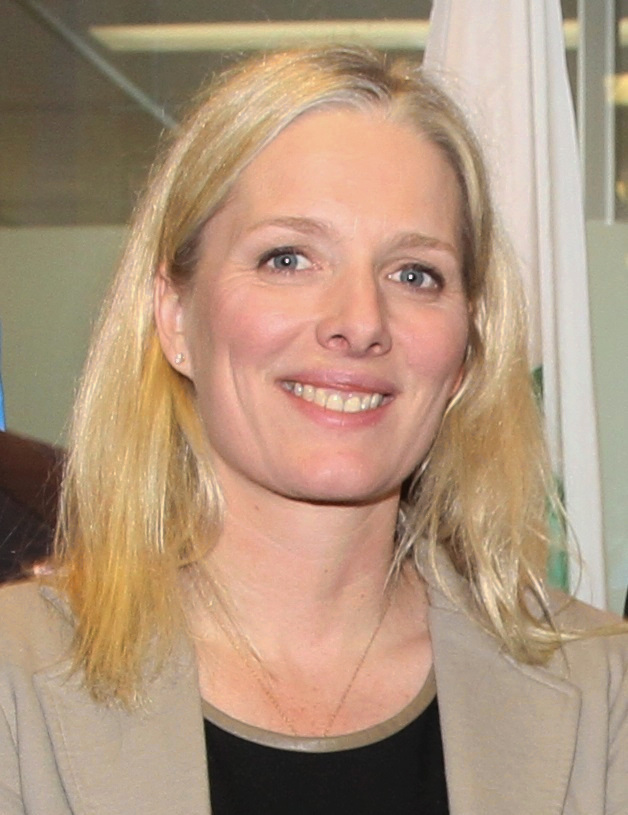 What is a Priority Place?

As of 2018, the federal government, in collaboration with the provinces and territories, agreed to the implementation of the Pan-Canadian Approach to Transforming Species at Risk Conservation in Canada. This approach shifts conservation efforts from a single-species approach to one that focuses on multiple species and ecosystems. Conservation efforts are now concentrated on priority places, species, sectors, and threats across Canada.

A priority place is an area of high biodiversity value that is seen as a distinct place with a common ecological theme by the people who live and work there.

Currently, there are 11 priority places identified under the Pan-Canadian approach. The places selected have significant biodiversity, concentrations of species at risk, and opportunities to advance conservation efforts. Additional Community-Nominated Priority Places (CNPP) will be identified to complement the 11 already selected.

In each priority place, the federal and provincial or territorial governments will work collaboratively with Indigenous Peoples and other partners and stakeholders to develop conservation action plans. These action plans will identify key actions to address the greatest threats to species and will be funded by multiple government and non-government partners and stakeholders, including contributions under the Canada Nature Fund.

Why the Long Point area?

Those familiar with the Long Point region have long known that this area is important for many reasons. The Government of Canada confirmed this in August 2017 by selecting the Long Point Walsingham forest (LPWF) as a Priority Place under the Pan-Canadian approach. It was selected on a variety of factors, including:

There are many more factors that contribute to local biodiversity and make the Long Point area so significant.

While the landscape has gone through many changes over time, today, the LPWF area maintains relatively high natural cover compared to the rest of southwestern Ontario, and is characterized by forests, productive agricultural lands, tallgrass communities, wetlands and coastal dunes. These systems are all important in their own unique ways to the biological, social, economic, political and institutional functioning of Norfolk County.

The LPWF is located within the Carolinian Life Zone, which makes up less than 1% of Canada’s total land area but contains a greater number of flora and fauna species than any other vegetation zone in Canada. Many of the plants and animals iconic to this area are provincially, nationally, and globally rare, with 88 known Species at Risk found here.

Located on the Atlantic flyway, hundreds of thousands of birds visit Long Point annually. Over 400 species have been recorded here, with both the Long Point Peninsula and Marshes and the inland Norfolk Forest Complex recognized as Important Bird and Biodiversity Areas (IBA) for their globally significant concentrations of both waterfowl and landbirds.

Historically, agriculture has been the heart of Norfolk County, attracting Indigenous communities, settlers, and eventually entrepreneurs. Today, Norfolk County is the 5th largest agricultural region in Ontario by number of farms. Other significant industries in the area are timber, hunting, and fishing.

The Long Point area has retained much of its natural integrity due to the conservation and stewardship initiatives spearheaded by private landowners, government, conservation authorities, and not-for-profit organizations. A major goal of the LPWF is to strike a balance between the needs of the community, industries, and the plants and animals that make the area so special to allow for continued enjoyment of the natural heritage in the future.

What are we doing?

The vision for the LPWF Priority Place is to create healthy, resilient, and connected ecosystems that support biodiversity, productive landscapes, and a thriving community

As part of the Integrated Conservation Action Plan (ICAP), the top threats within the Long Point Walsingham Forest Priority Place have been identified as opportunities for conservation action:

The invasive species Phragmites australis (Common Reed), has been specifically identified as a significant threat to biodiversity. This fast-growing, thick, tall grass has spread swiftly, forming dense thickets of vegetation where native flora and fauna can’t survive. Phragmites mitigation projects on both private and public lands within the LPWF are ongoing to help limit the aggressive spreading of this invasive plant. 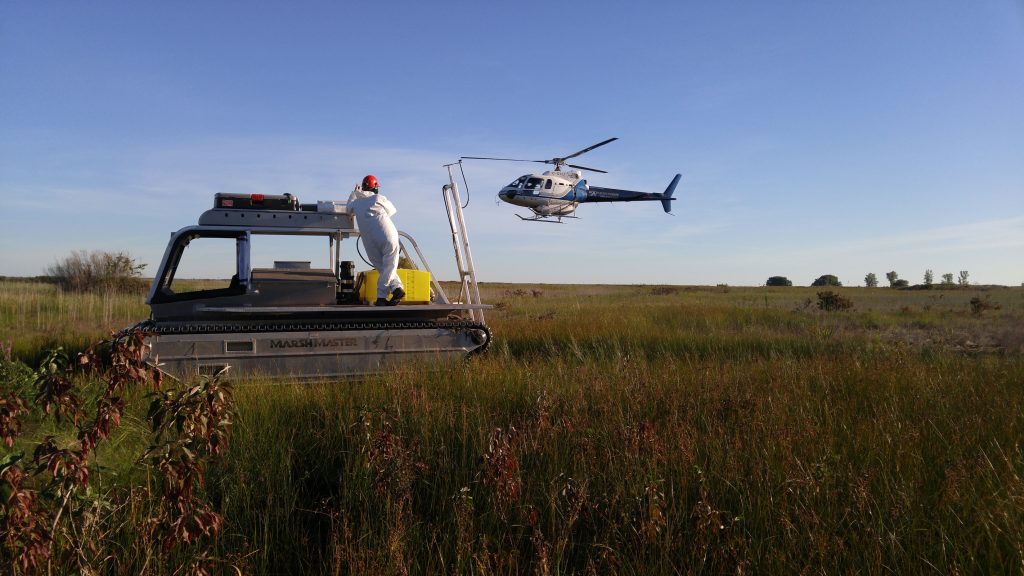 Tallgrass Prairie is a rare ecosystem that requires regular burning to thrive. Tallgrass prairies are an important habitat for bees and nesting birds and can also make the soil richer, clean the water and air, keep riverbanks strong, and allow wildflowers to grow. Projects such as prescribed burning and the conversion of land to Tallgrass Prairie habitat are ongoing to help increase this important ecosystem and support the plant and animal species that thrive in this habitat. 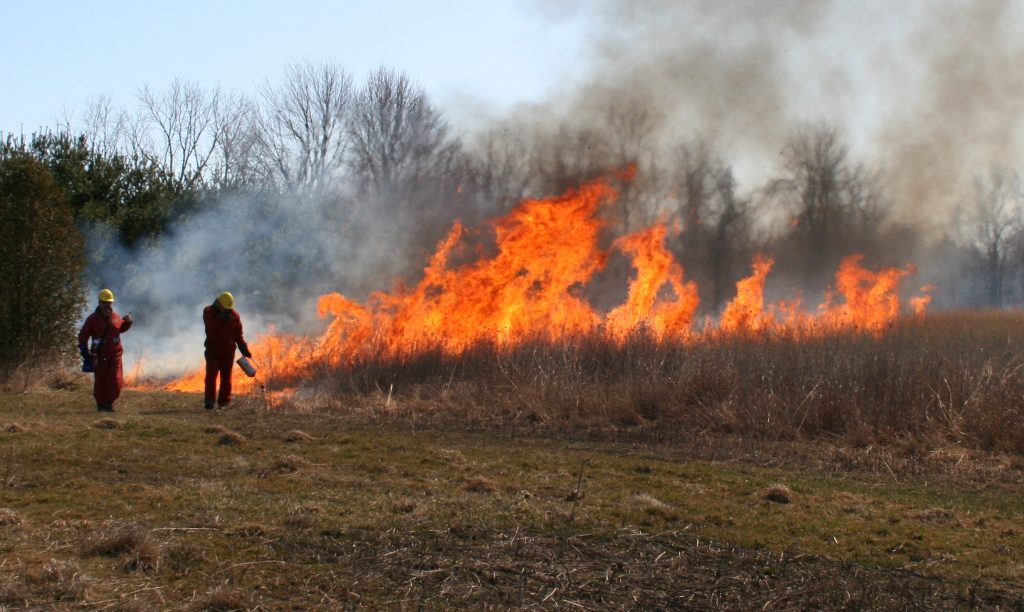 Road Mortality is the main threat to many of the reptiles and amphibians found in LPWF, including the Blanding’s Turtle. Roads have also caused disruption of the natural hydrological functions of the Big Creek Marsh, one of the largest remaining coastal wetlands on the Canadian side of the Great Lakes. Projects and public education campaigns are ongoing, such as the Long Point Causeway Improvement Project which began in 2006 and has installed several km of fencing and culverts to help reduce road mortality of significant species and restore hydrological connections between the Big Creek Marsh and Long Point Bay. 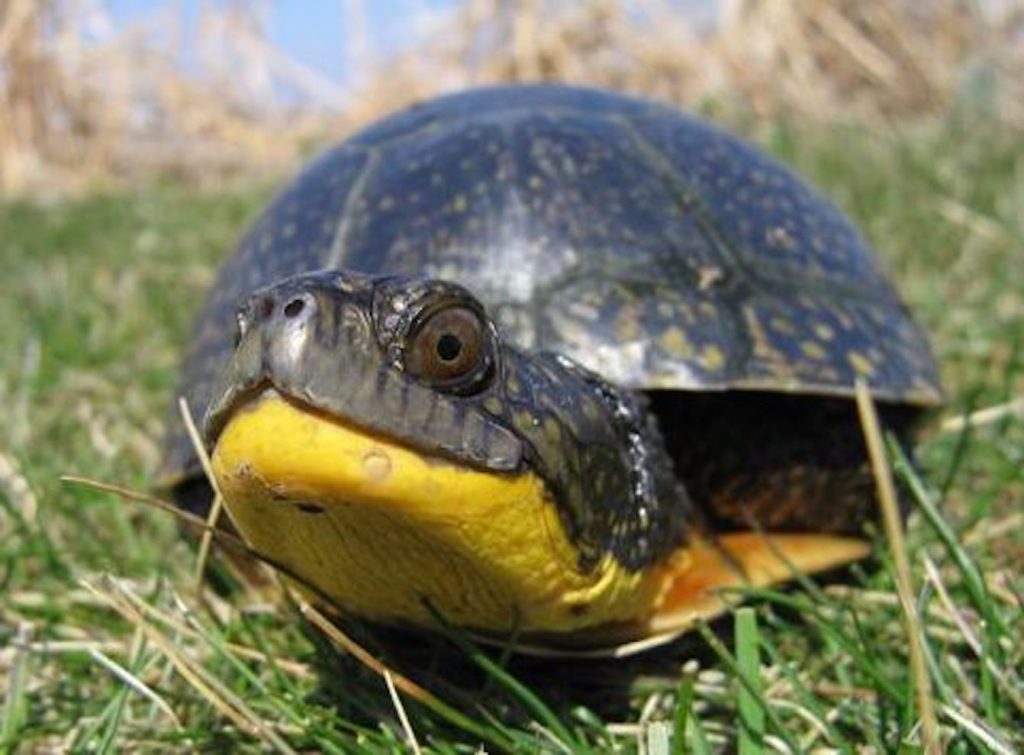 Rich farmlands surround the LPWF where farmers grow food for their communities and beyond. Unfortunately, agricultural runoff ​on the rural landscape can contribute to the decline in watershed health. Excessive nutrients carried in runoff can lead to low oxygen levels in coastal wetlands and Lake Erie which are harmful to aquatic life. The Ag Runoff working group’s overriding goal is to mitigate the runoff of excess nutrients into Lake Erie, ultimately leading to cleaner water. Projects such as wetlands and vegetated buffers work to absorb and sequester nutrients, without compromising productive areas of farmland. Collaborative partners within the Ag Runoff group include ALUS Norfolk, The Long Point Region Conservation Authority, Norfolk County Drainage Services, Carolinian Canada, and Ontario Ministry of Agriculture, Food and Rural Affairs. 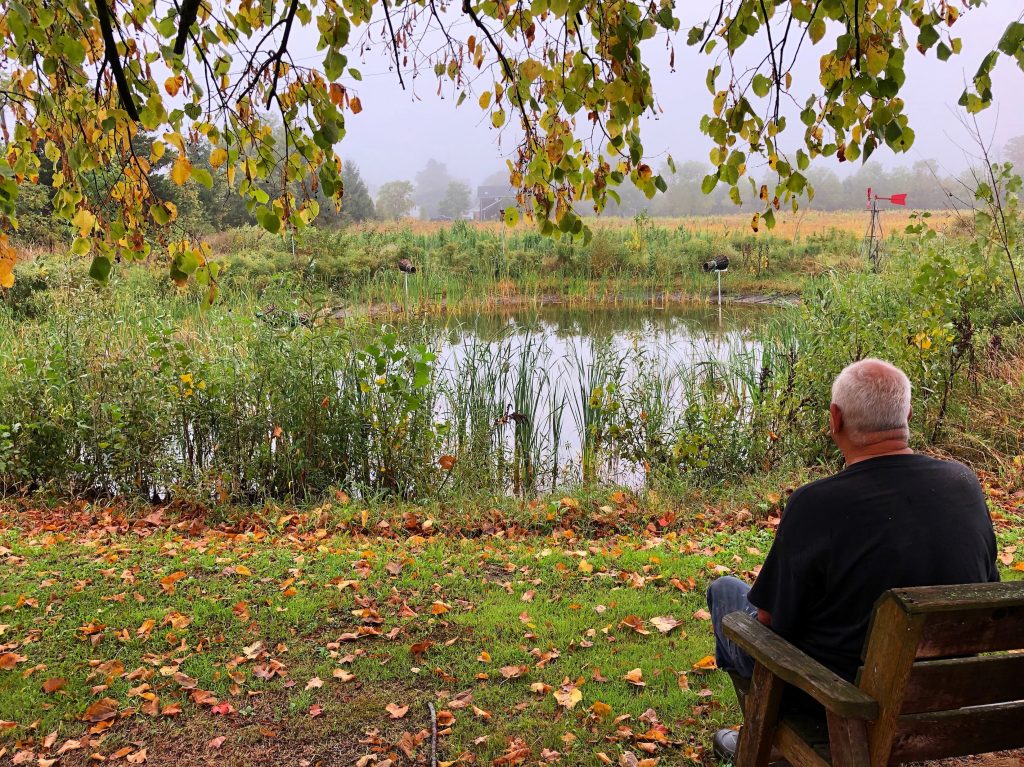 Forest ecosystems face pressures from many natural and human stressors, such as invasive species, agricultural production, and climate change. These pressures result in reduced native diversity and fragmented forests, which restrict the movement of plants and animals, and degraded ecosystems that are less suitable for biodiversity. Our forests are one of the most vital responses we have to address climate change and a well-functioning and connected forest provides habitat for wide range of native plant and animal species. Several organizations are working together on projects in the LPWF to identify areas of low forest connectivity to enhance through tree planting, increase interior forest cover to improve habitat function, and address invasive species which interfere with native species and disrupt normal ecosystem functioning. 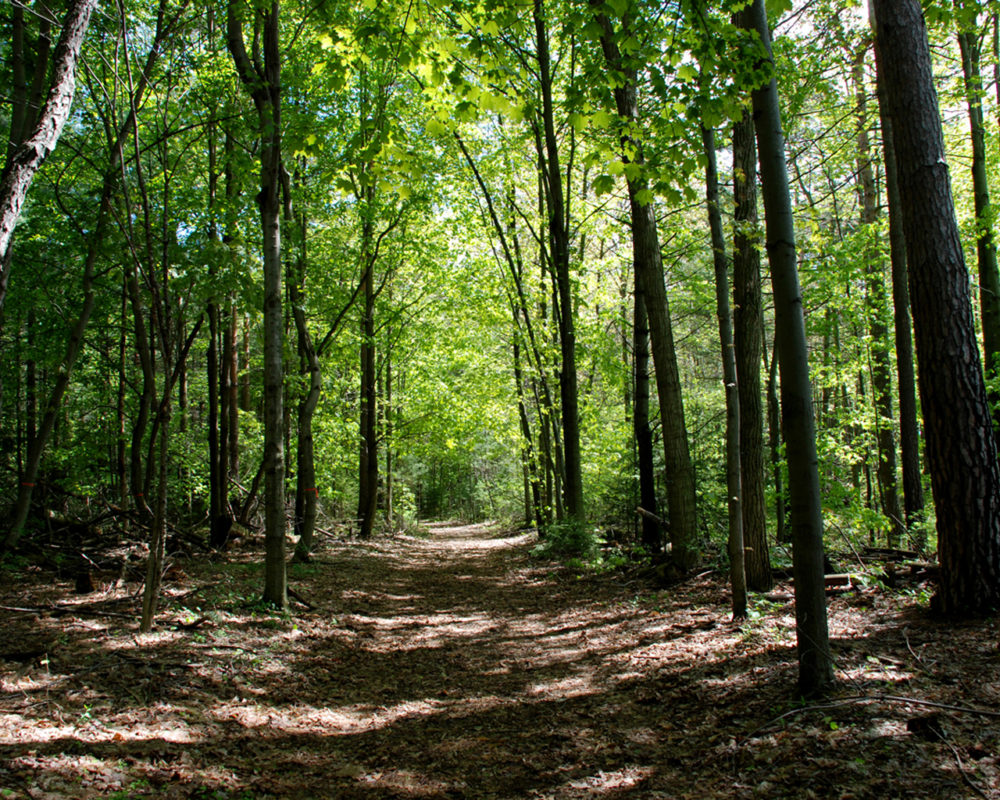